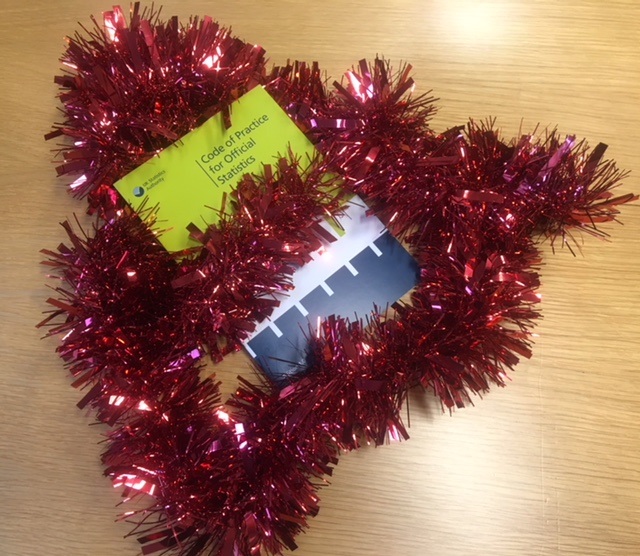 For me there was something exciting, and a bit nerve-wracking, about waiting to see the results of the Code consultation, specifically about ‘voluntary compliance’. It’s a bit like waiting for exam results or the outcome of an interview.

But the consultation responses were great – positive, constructive, and in places quite challenging. Respondents identified the potential advantages of voluntarily adopting the Code – as a means to ensure and improve quality and to enhance transparency and trust in their statistics. While the core target audience for the Code are organisations producing official statistics, there was widespread agreement that the three pillars of the Code – Trustworthiness, Quality, and Value – and the principles are transferrable to other organisations.

At the same time it was noted that some of the detailed practices of the Code (such as about the role of statistical Heads of Profession) are civil service constructs. I conclude from this that organisations interested in voluntary adoption and in applying the Code should, as the consultation document suggested, focus on the pillars and principles, and refer to the practices primarily to help interpret the principles in their own contexts.

But two sets of concerns were identified:

I noted above that one of the main advantages of applying the Code principles is about enhancing trust by being transparent. Transparency requires organisations to make information available. So, the Authority considers that any organisation wishing to say that it voluntarily applies the Code should publish a statement alongside the statistics, setting out the extent to which it complies (and, where appropriate, areas of non-compliance).

Others can review the statement, form their own judgements, and potentially offer challenge. That might be uncomfortable for the organisations in question – but it’s key to continuous improvement. And the very process of opening one’s working practices up to external scrutiny and being seen to respond to feedback is at the heart of building trustworthiness.

There was also some comment in the consultation around the application of the Code by official statistics producer organisations to data and analysis that are not official statistics; for example, when publishing statistical research, management information or forecasts. Just to be clear, for these types of outputs we are also advocating the voluntary adoption of the Code: where an organisation chooses to adopt and apply the Code principles and makes a public statement about how it does so.

Voluntary adoption of the Code: where an organisation chooses to adopt and apply the Code principles and makes a public statement about how it does so.

We are working on a guide to this voluntary adoption and application of the Code which we will make available through our website. It will be interactive and supported by examples that illustrate how organisations are applying the Code.