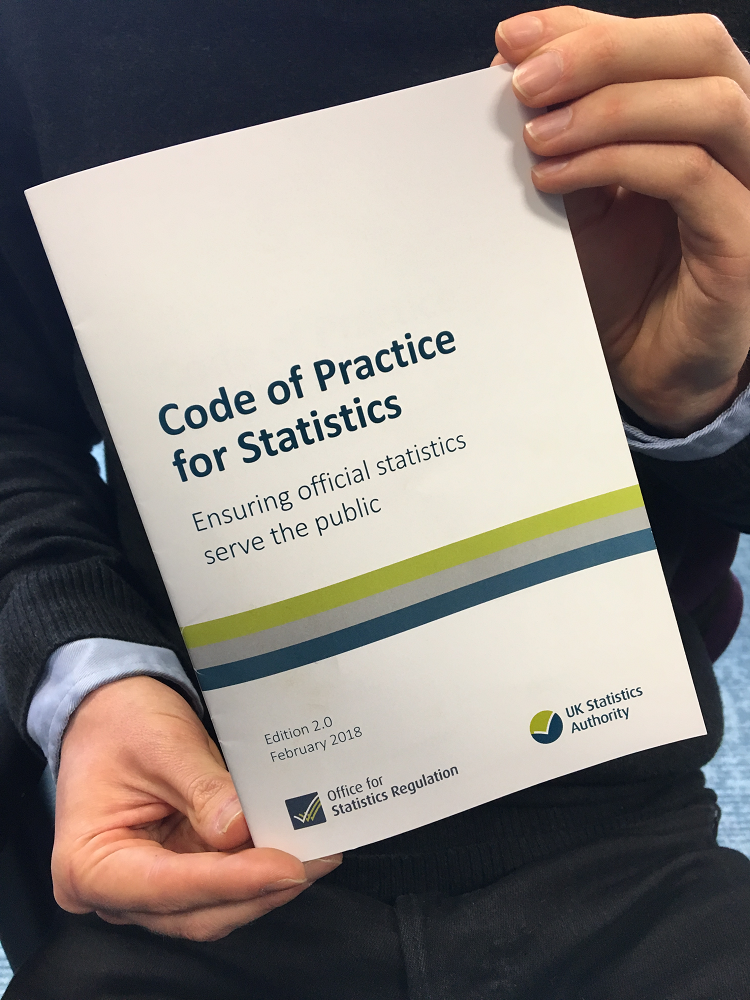 Time for a change: amending the Code of Practice to allow alternative release times for official statistics

On 5 May 2022, we’ll be making our first change to our Code of Practice for Statistics since its major overhaul in 2018. We’ll be changing two practices, which relate to the release times of official statistics, giving producers the opportunity to release statistics at times other 9:30am, where they and we judge that this clearly serves the public good. These changes are not being undertaken lightly: this blog explains how we have reached our decision and what this change will mean for producers and statistics in the future.

The coronavirus pandemic underscored the importance of ensuring statistics are shared in ways that reassure users about their integrity and independence: a big part of this is ensuring equality of access and that statistics are available to everyone at the same time. Since its inception, our Code has stated that official statistics should be released to all users at 9:30am, on a weekday (practice T3.6). However, during the pandemic the Director General for Regulation granted several exemptions for release at times other than 9.30am – to key economic statistics and to some COVID-19 related statistics.

These decisions led us to review two release practices in the Orderly Release principle of the Code of Practice for Statistics. As part of this, we ran a public consultation between September and December 2021 to consider whether greater flexibility in release arrangements should be formalised within the Code of Practice for Statistics. Today we have published the findings from our consultation, which have helped inform our decision to revise these two practices.

For most official statistics, producers, supported by several other stakeholders, told us they believe a standard release time of 9.30am best serves the public good: it enables release in an open and transparent manner, gives consistency across the GSS and protects against political interference. However, producers also said that there are some situations in which having an alternative release time can be beneficial to the public good. They would like to be able to nominate an alternative time where they see evidence of the benefit. For example, this could be where users can be better reached through targeting a statistical release that can then be promoted through the media. Enabling statisticians to speak directly to journalists and the public about their statistics has been a powerful means to ensure the statistics are well used during the pandemic.

Considering producer views and our consultation findings, we are amending principle T3.6 so that an alternative release time for statistics can be requested where the head of profession (Statistics HOP) believes that it will enable the statistics to better serve the public good. To ensure that producers remain orderly and transparent about release arrangements and can maintain statistical independence, this alternative time request will still need to be approved by the Director General for Regulation. All approvals will be listed in our new alternative release times table. The alternative standard time is to be used consistently by the producer for those statistics and should be announced in advance.

We have outlined our expectations of statistics producers seeking alternative release times in our explainer of the public good test. We highlight that considering the public good means understanding the wider nature of the use of the statistics and how the public access statistics – whether direct from producers, via the media or other means – and how the release of statistics supports both debate and decision making. Essentially, it means that producers should consider the way their statistics inform and benefit society. Being open about key decisions around release arrangements is central to maintaining the confidence of users in official statistics. To this end we are asking the Office for National Statistics to engage with its users and other stakeholders, to explain its release approach for several key economic statistics that it already publishes at 7am, and how it is balancing competing demands.

As ever for OSR, a fundamental question driving this review has been, “how can we best serve the public good?” Giving producers the opportunity to decide on alternative release times, based on their own assessment of how their statistics best serve the public good, helps us meet this ambition, which is central to both our vision as a regulator and to the Government Statistical Service’s 2020-2025 strategy.

Please see our new policy on alternative release times for further information. You can also read more about the findings from the consultation. The changes to the Code will come into effect from 5 May 2022. If you have any questions, please contact us via regulation.support@statsitics.gov.uk.